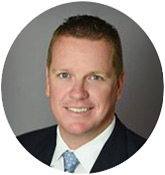 Prior to joining Guardian Jet, he served as a vice president for Boston Jet Search, where he represented clients through the corporate jet search and acquisition process.

He has also worked as a business process consultant with Afterburner, Inc., where he taught business executives and leaders how to accelerate their performance.

Russ began his career in the active duty Air Force, where he spent 10 years serving as an F-16 fighter pilot. During that time, he flew 33 combat missions in the opening stages of Operation IRAQI FREEDOM and was the F-16 West demonstration pilot. He continues to serve in the California Air National Guard, where he flies the F-15C Eagle. In December 2019, he assumed Command of the 194th Fighter Squadron at the Fresno Air National Guard base.

Russ Piggott graduated from the University of California, Riverside, with a degree in Business Administration and earned a Masters of Operational Arts and Science from Air University. In 2019, he earned his aircraft broker certification from the International Aircraft Dealers Association.

He holds an Airline Transport Pilot rating with more than 4,500 hours of flight time, and is an avid aerobatic pilot.