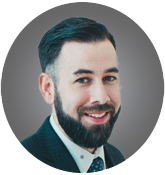 Casey brings to Guardian Jet more than a decade of aircraft maintenance experience as an Airframe and Powerplant (A&P) mechanic, working on business, commercial and general aviation jet engines. Most recently, he performed maintenance on the Embraer Lineage, Embraer Legacy (500, 600 and 650) and Embraer Phenom (100 and 300).