Gulfstream G650 Closing In On Certification 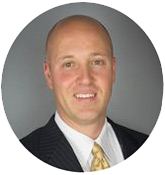 The G650 received a provisional type certificate from the FAA on Nov. 18, 2011, and is in the process of completing the final certification tests with the FAA to support entry-into-service later this year. As of July, the test fleet had flown more than 3,800 hours during more than 1,160 flights.

Judging from a recent visit to Savannah, Mike Mikolay of Guardian Jet reports that Gulfstream appears to be running out of room to house all the aircraft that are awaiting full certification and ultimately deliveries to their new owners.

Mike noted that Gulfstream has rearranged a portion of the Savannah Service Center to house several G650’s which were off-limits behind temporary walls.

Aircraft Range Map Calculator - How far will my jet fly?

Aircraft Broker - Who Should Buy Your Airplane?

Aircraft Broker – Who Should Sell Your Airplane?